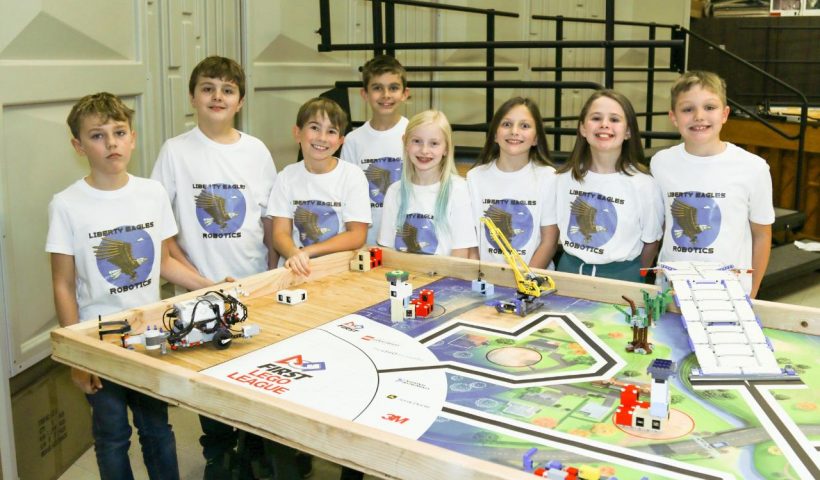 On Saturday the Liberty Eagles Robotics team competed in the First Lego League City Shaper tournament at OSU. They presented their Trash Trapper skit to a group of judges, talked about their robot and its programs with other judges, and then had to build something in only four minutes to show teamwork.

The team got to run their robot programs in a competition against another team three times. The last time was the best run and received the highest score of the day with 265pts!

The Liberty Eagles Robotics team were awarded First Place for Robot Performance. The team has been invited to got to the state championship event in January. Thank you, Steve Herb and Wayne Dorman, for leading this hard working team!